Queer: The Fictional Other (with Abdellah Taïa and Saleem Haddad), NYC

“Porto’s clear style would seduce and deceive us, for the tale he tells is not simple at all. It is, rather, mysterious and subtle, and we are drawn immediately and inexorably into its depths from his memorable–and beautifully simple—opening sentence.”

"Porto’s captivating, impeccably structured novel is a detective story wrapped around a deeper exploration of identity"
PW Picks: Books of the week

He is a Harvard-trained lawyer and wrote a  weekly column on human rights and social issues for Folha de S. Paulo, the leading Brazilian newspaper. Besides Brazil, Alexandre lived in the United States, Chile, Mexico and Japan. He currently lives in Germany, where he works on his next novel.   Click here for more about the author. 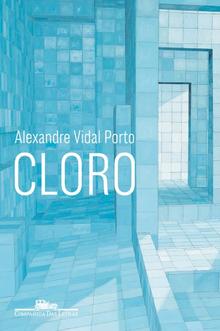 "Alexandre Vidal Porto’s novels at the first glance appear to be an engaging direct and logical narrative, particularly because the author makes a conscious choice of writing in plain Portuguese. He argues that his aim is to reach as many readers as possible and that no one needs to re-read his narrative to understand his stories. Furthermore, he has a singular ability to decant the rather complex ideas with straightforward exact nouns and verbs. He exploits words as poetical forms ab ovo; the fact that Porto translates poetry facilitates it.
His story-telling techniques inspired by cinema overlap and blend harmoniously with best thriller narratives: space and time become a fundamental component of his stories. Porto is a man of the 21st century. He is a man of large metropolises. He knows, understands and enjoys the facets of life in São Paulo, Mexico, New York and Tokyo. His novels have the pace and multifariousness of such cities.
Undoubtedly, his fiction is firmly set in the 21st century: he pursues ethical values and principles and does not make any concessions to hypocrisy. The very pursuit of happiness is achieved not only through the ‘know thyself’ but, equally, the go and catch your own falling star. Feelings and emotions are filtered through self-reflective appraisal of one’s own actions. This is the case of the main protagonist/narrator in Sergio Y. goes to America, an experienced psychiatrist, that first misses important signs in the diagnostic of his patient and, later in life comes to realize how dismally he failed, and embarks on a journey of redemption. This takes the reader to other stories embedded into the main story, as is the case of Angelus, and to a very deep discussion of identity and the perceptions and prejudices of society regarding issues related to identity, sexual orientation and happiness.
Past and present merge and are ever manifest in his novels. Alexandre Vidal Porto succeeds in telling in a most concise and precise manner about a key part of the history of Brazil: many thousands of immigrants that sought their shelter and happiness, coming from Europe and even further away, to escape implacable fates. For instance, Areg, Sergio’s grandfather comes from Armenia ravaged by Turkish genocides at the beginning of the 20th century and becomes a successful businessman in the north of Brazil.  And the reader learns about European immigration to North America in this novel, too. Memories of the inevitable losses are part and parcel of the essential baggage that immigrants bring along with them to their new countries – they mark the trajectories of their migrations and the lives of enticing characters.
There is an intended semiotic interpretation of the size, and indeed titles, of his chapter – brief a la Machado de Assis. And, perhaps, unintentionally, albeit felicitously in the very name of the character Sergio Y. – a first letter of the surname that needs to remain private as well as name of one of the chromosomes. A good read in every way." 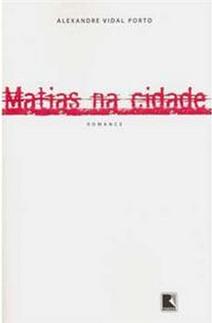 ALEXANDRE VIDAL PORTO is a writer and a career diplomat. He was born in the city of São Paulo and grew up there and in Fortaleza, on the northeastern coast of Brazil.

Alexandre is the author of three novels: Matias na cidade (Matias in the city - Record, 2005), Sergio Y. vai à América (Companhia das Letras, 2014), which was awarded the Paraná Literary Prize for best novel, and Cloro (Companhia das Letras, 2018), shortlisted for the 2019 Oceanos and Jabuti Prizes, and translated into English by Alison Entrekin.​

His short fiction has appeared in some of the most respected literary publications in Brazil and also abroad. His novel Sergio Y. was published in English in 2016 by Europa Editions, and in Italian by Edizioni E/O.

Click here for a sample of Cloro in English, by Alison Entrekin

​​​​“A beautiful, moving, profound book... wonderfully accomplished and subtle and I am so glad to have read it."

(Andrew Solomon, author of Far from the Tree) 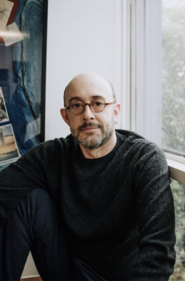 "Introduction of Sergio Y. at the University Book Store", Seattle, WA  May, 2016